So I thought to myself... Self?  How about we replace the hard drive in this handy tablet, install linux, and bring it to Defcon?  I typically prepare for a security conference by wiping a hard drive before and after so I can experiment and enjoy the con.  Instead of wiping and reinstalling, I have always just popped drives in and out.  I love this device because it weighs 2.5 pounds and has a large 12" x 8" screen which makes a perfect travel companion.

Tools required:  Something thin like a credit card or library card

After staring at the tablet for a good 10 minutes I was stumped.  Google did not help either.  I called ASUS support.  They refused to provide any information and told me that I would void the warranty.

So this is what I did:

IMPORTANT:  The hard drive is taped down with some nifty copper tape that I have not seen before.  The tape appears to be connected to a wire and looks to form a circuit.  Since the tape itself may be part of the antennae or used for grounding, carefully remove the sticky tape.  Now replace the hard drive! 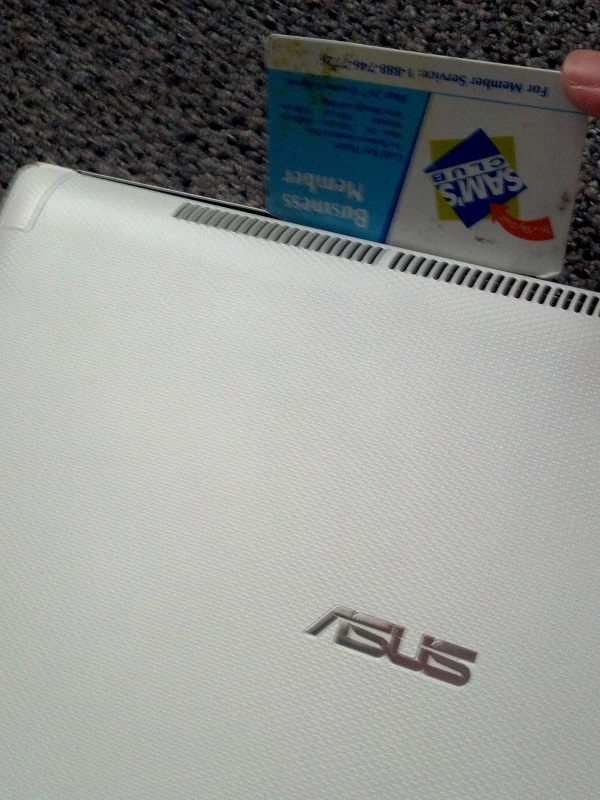 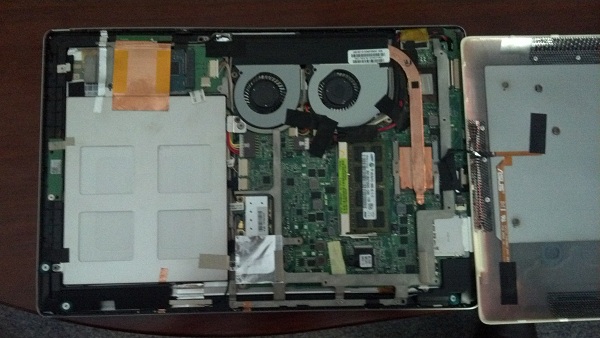 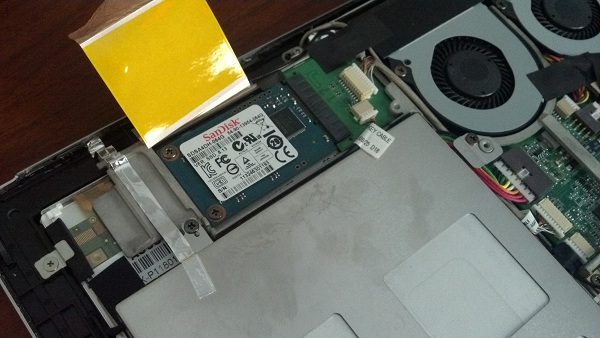 UPDATE: Here is a video that makes the process look easy

The Importance of Healthcare IT Security

I enjoy solving problems and sharing experiences with other people.